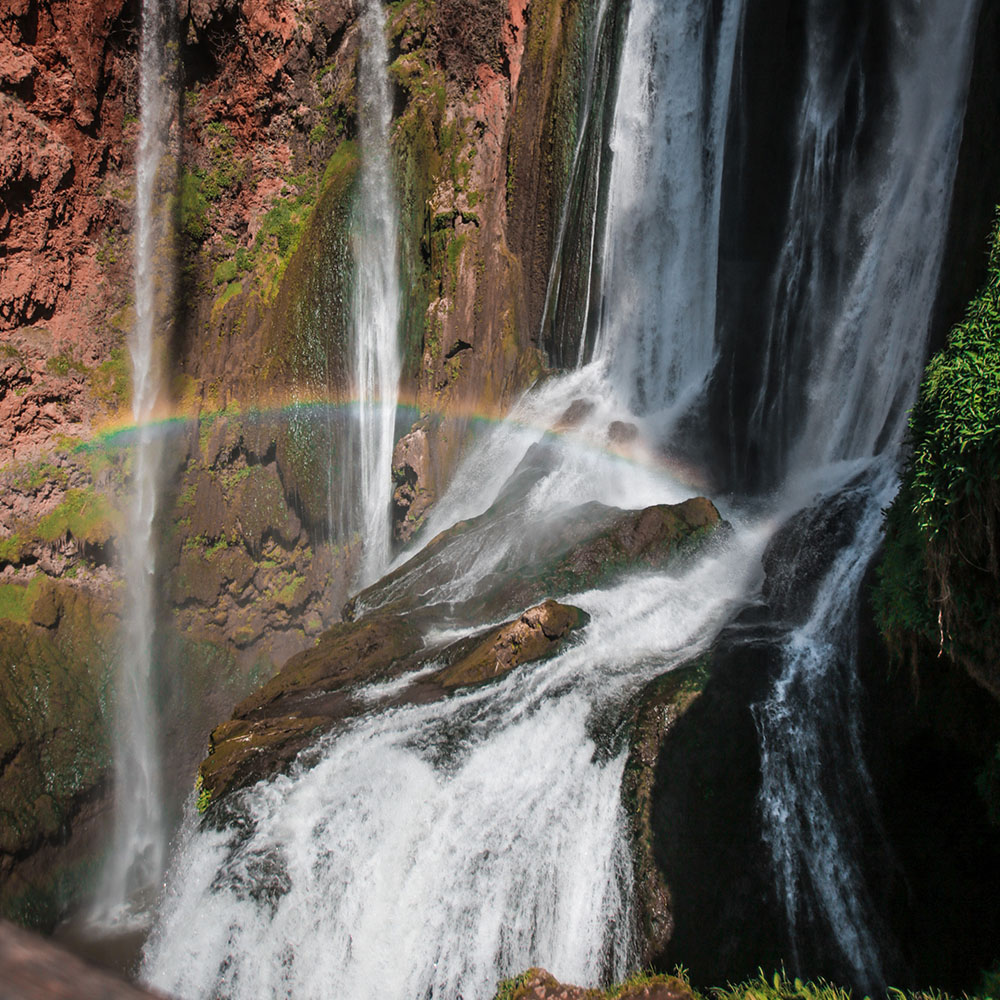 ne way to the southern of Morocco, many forests of Tamaris attract us by the dicersity of their plants and trees, like the tree of "Savannas" that exists in the hot weather like in Namibia, Kenya and Tanzanie.

One way to the southern of Morocco, many forests of Tamaris attract us by the dicersity of their plants and trees, like the tree of "Savannas" that exists in the hot weather like in Namibia, Kenya and Tanzanie. These forests in the south became more drier because of the desertification and drought and many wild animals had been disappeared except some gazelles and jackals, which still exist in the depth of the desert. The people at this time have carved the wild animals and their history with them. Ancient history, taken from engravings, is divided chronologically into several periods: Period hunters The rock figurations belonging to this period are almost dominated by wildlife: elephants, rhinos, giraffes, ostriches, antelopes of the African savannah; cattle are very rare. The dating of this period is prior to 3000 BC, because ever since the beginning Bovidian period ie the beginning of the Neolithic in southern Morocco.

‍The period Bovidian Unlike the previous period where wildlife is everywhere, the period saw a Bovidian prédomination figurative cattle (cows, oxen, buffalo ...) presented with details, absent at the time mounted hunters This beef is dated 2000 BC, which means a delay relative to the dating of these steers, Tassili-n Ajer (Algerian Sahara) dating back to 3500 BC from this point the Neolithic in southern Morocco is 2500 BC compared even with Tassili where it dates back to 4000 BC The period of tanks this period is undoubtedly Bovidian late because figurations tanks still exist in a Bovidian environment, they are never accompanied by man or animals, which poses a problem to know the animal used for the shoot.

‍Horse period Figurations of the horse are very rare in all of southern Morocco and Bani-Draa in particular and they are not very important compared to the Central Sahara (Algeria), where horses are associated with tanks. According to G. Camps horse came from Egypt, heading westwards by the Saharan Atlas. This appearance of the horse took place between the second millennium BC and the early centuries of the first millennium BC The equine dominated 'Bovidians'. At first they used the tanks as drivers then they would have become riders.

‍The Libyan-Berber period It is characterized by Tifinagh inscriptions, in the present state of knowledge, can not be older than 750 years BC The numerous inscriptions in the High Atlas are rare in Bani-Draa. In this period appears the use of metal weapons. During this time, the man has become an armed rider spears, daggers, and shields ... Very obvious the High Atlas compared to Bani-Draa they are very rare. Camelina period With climate change in North Africa that allowed the dry climate to spread over a large part of this region, it is clear that the species of animals have changed and been replaced by others that have adapted to climate. Under these circumstances then appeared camel. This animal entered Egypt by the Persians around 500 BC, was then brought to North Africa from the last centuries BC The representations of this animal as the horse are very rare in the engravings of the region Bani-Draa. These engravings which we suggest you to discover in the sahara desert tours as a good witness