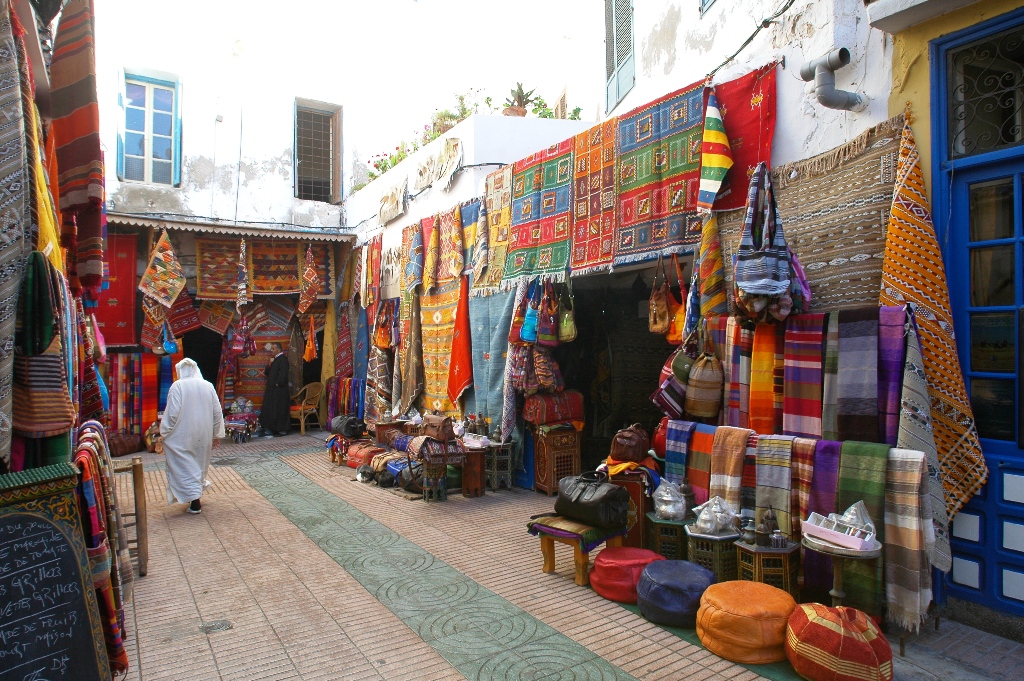 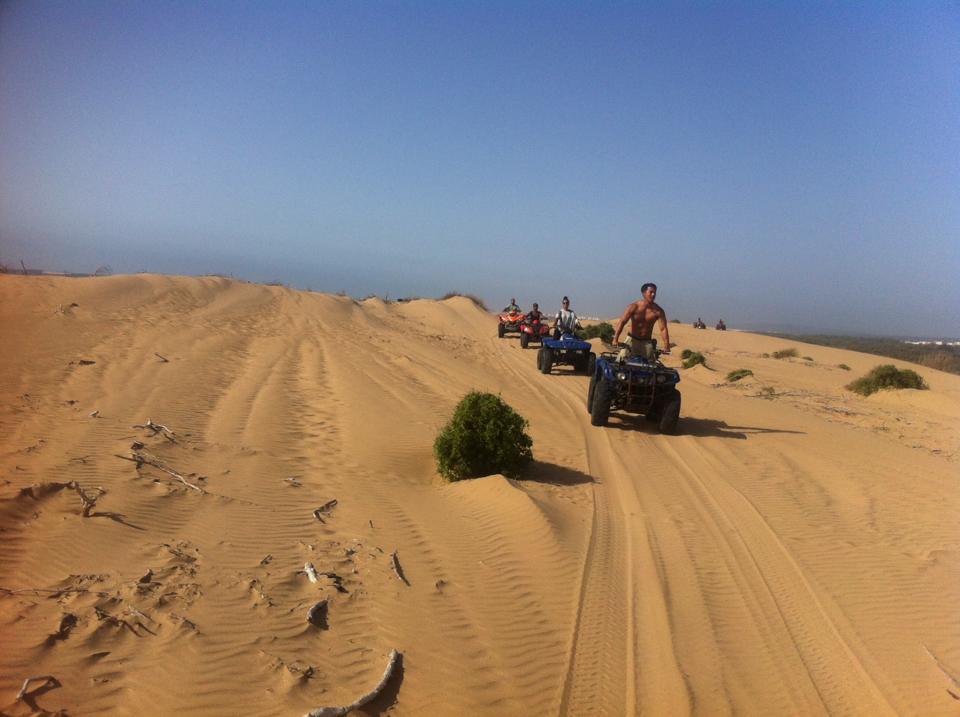 After 2h we reach the city Located on the Atlantic Ocean, Essaouira is a small tourist town, known for the simplicity of it’s people, it’s harbor, it’s fortress, it’s old Medina and its traditional architecture.

After 2h we reach the city Located on the Atlantic Ocean, Essaouira is a small tourist town, known for the simplicity of it’s people, it’s harbor, it’s fortress, it’s old Medina and its traditional architecture (lanes souks ..). it is important not to forget the annual festival of Gnawa and the windsurfing championship of. All these elements and others attract a large number of artists.We back to Marrakesh in the end of this Essaouira day trip through Argan forest.

history In the seventh century BC . Phoenicians s’ stops on the island of Mogador when down to black Africa. The Romans later install a manufacturing center purple , this bright red dye which gave its name to the Purple Islands off the coast of Essaouira.
There are the Portuguese established a military detachment and a trading post . It traded products manufactured in Europe against gold , salt, sugar, ostrich feathers. thus the city of Mogador developed until the sixteenth century . A Morocco’s independence in 1956 , the city found the name of Essaouira … it is also the beginning of its decline. In the ’60s , Essaouira became the favorite refuge of the hippies. several film also are made, as Orson Welles who run several scenes for his film “Othello” and Jimmi Hendrix and his peers of the “beat generation” stayed there in the 60s .
old houses are restored riads and the Kasbah . 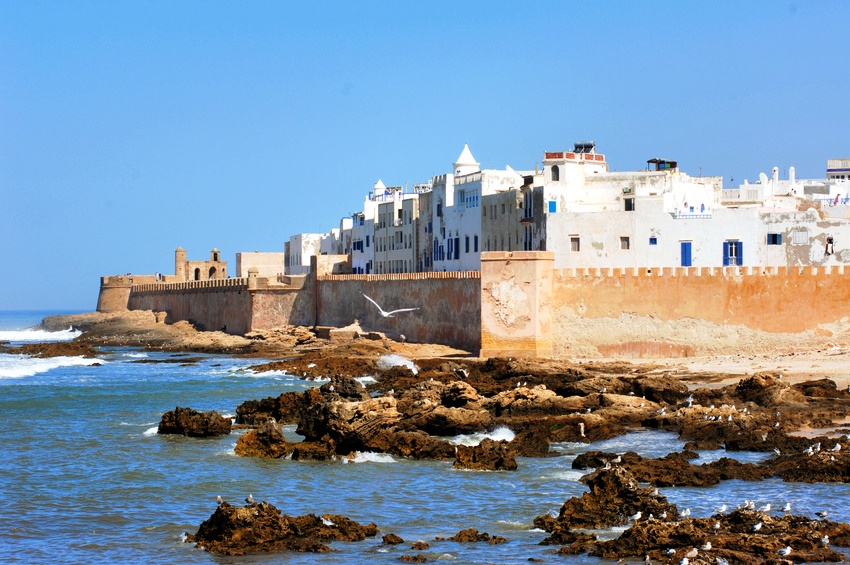 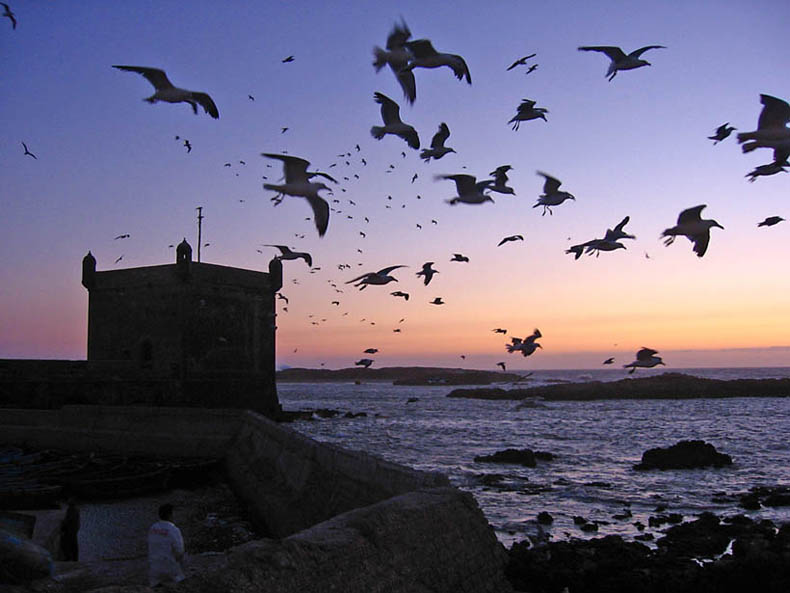 Interested in participating in this tour? I would be delighted to have you join us on this trip! Please reserve your seat using the reservation form.

One of the most exciting experiences of living in Morocco is taking part in a tour in the Sahara desert. 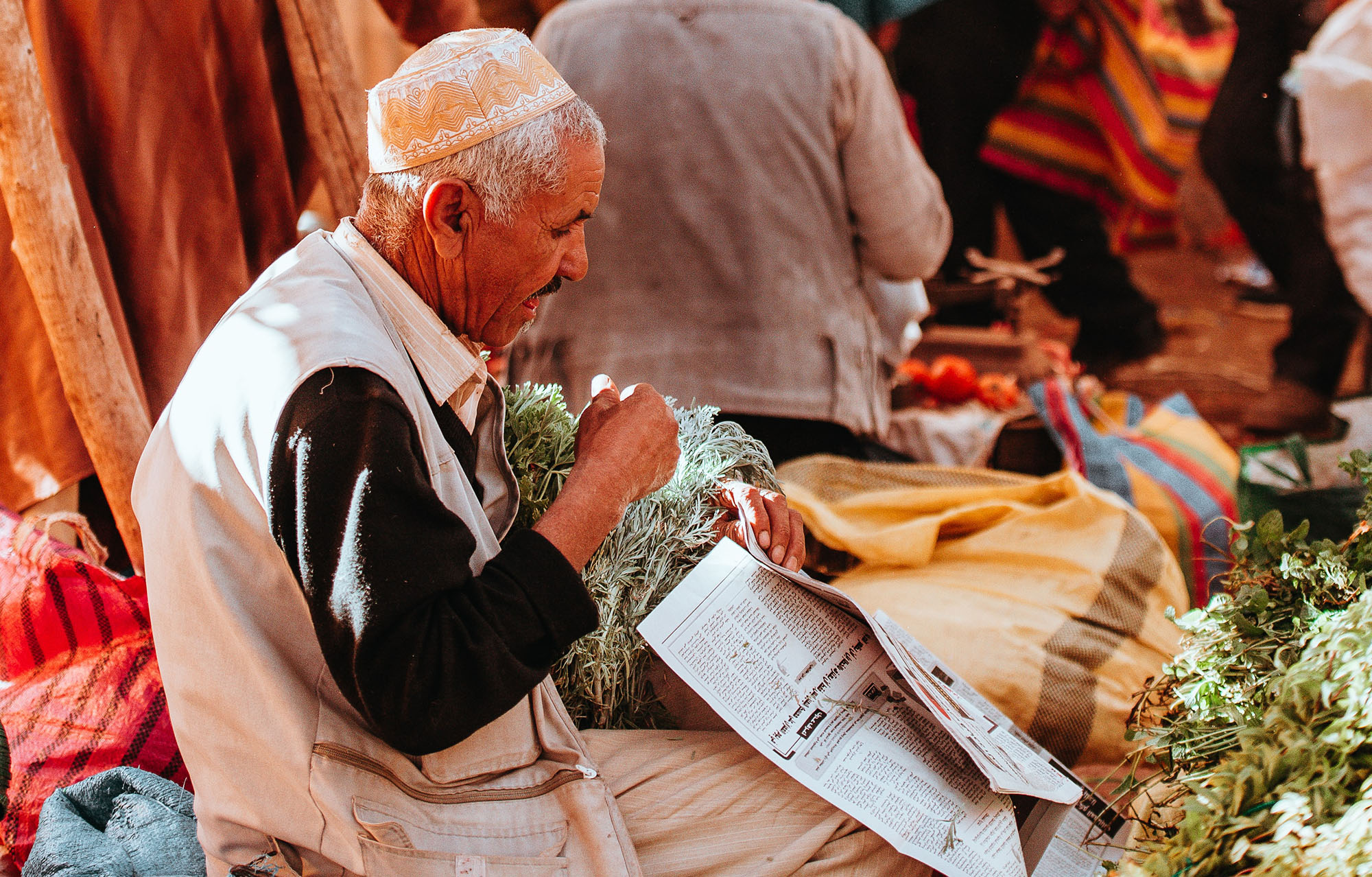 In this Merzouga adventure, we will travel on small steps to discover all the best places in the southern morocco, by several track 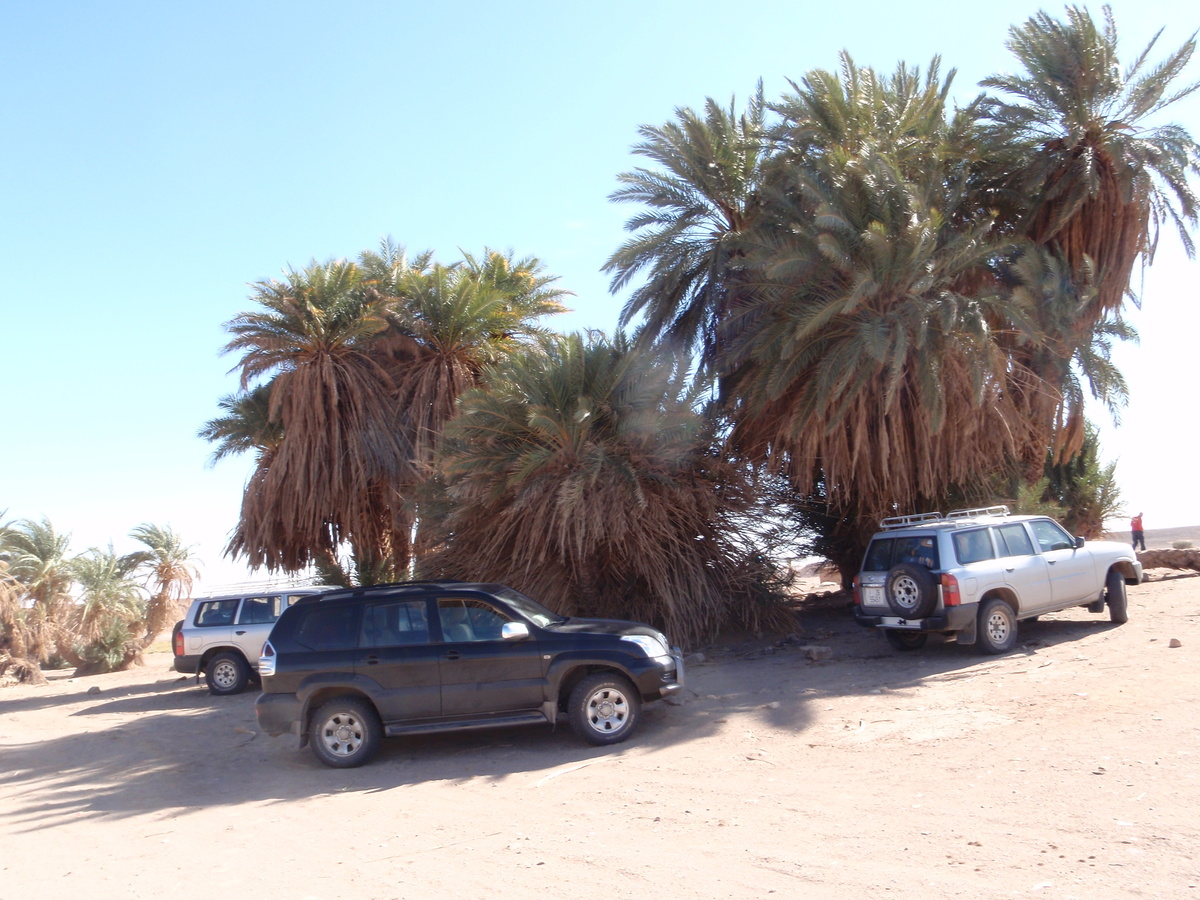 Morocco dunes your driver on mesure.Our team, multilingual, organizing tours in the desert by camel or 4X4. All tours are customized for groups of 2 to 50 people, thanks to the know-how of its experienced. 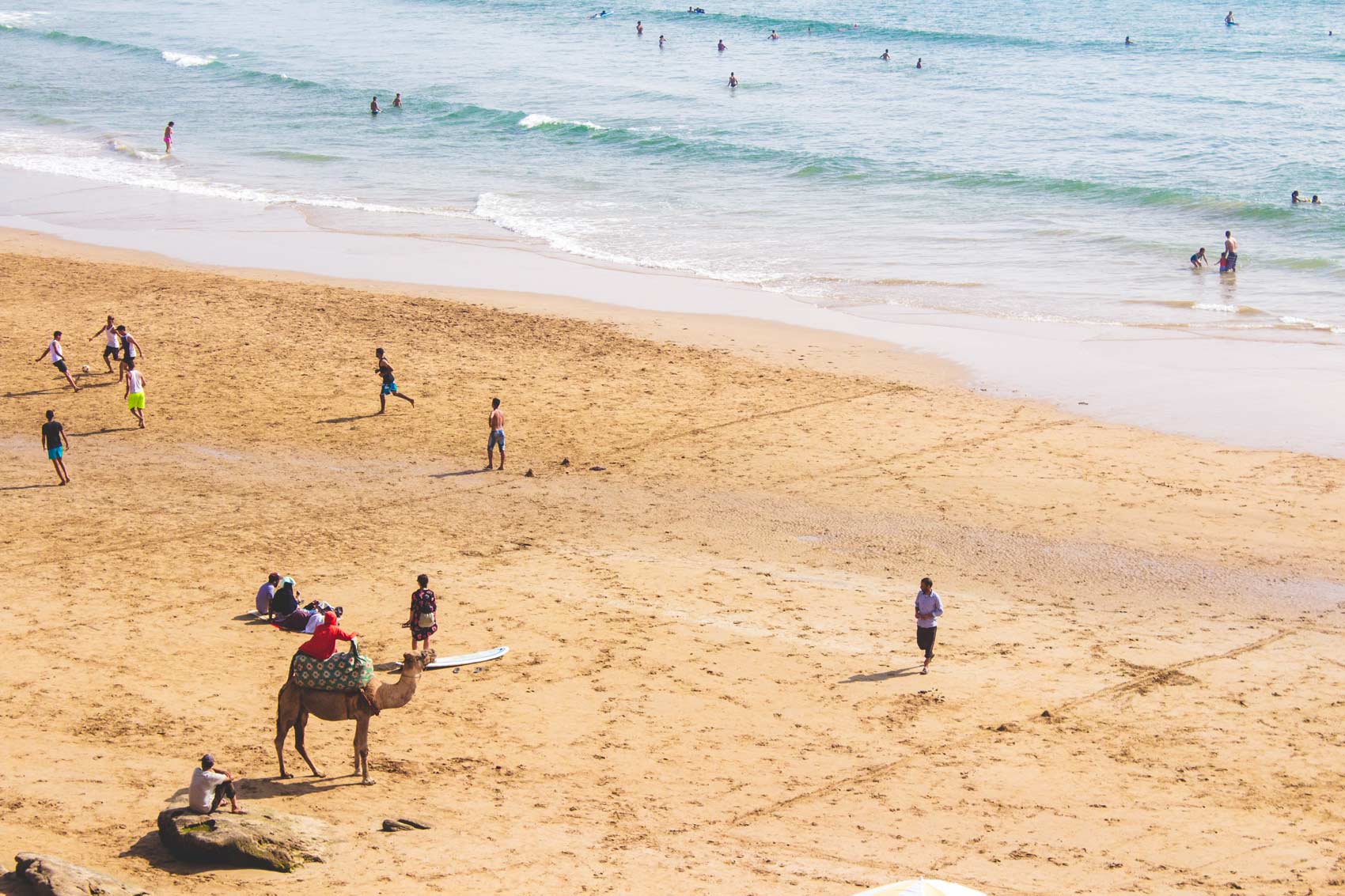 A very recommended Morocco tours, that gathers between the beautiful landscapes of coast, mountain, wild desert, and the history of the beautiful city of Essaouira, its medina is a World Heritage Site by UNESCO. 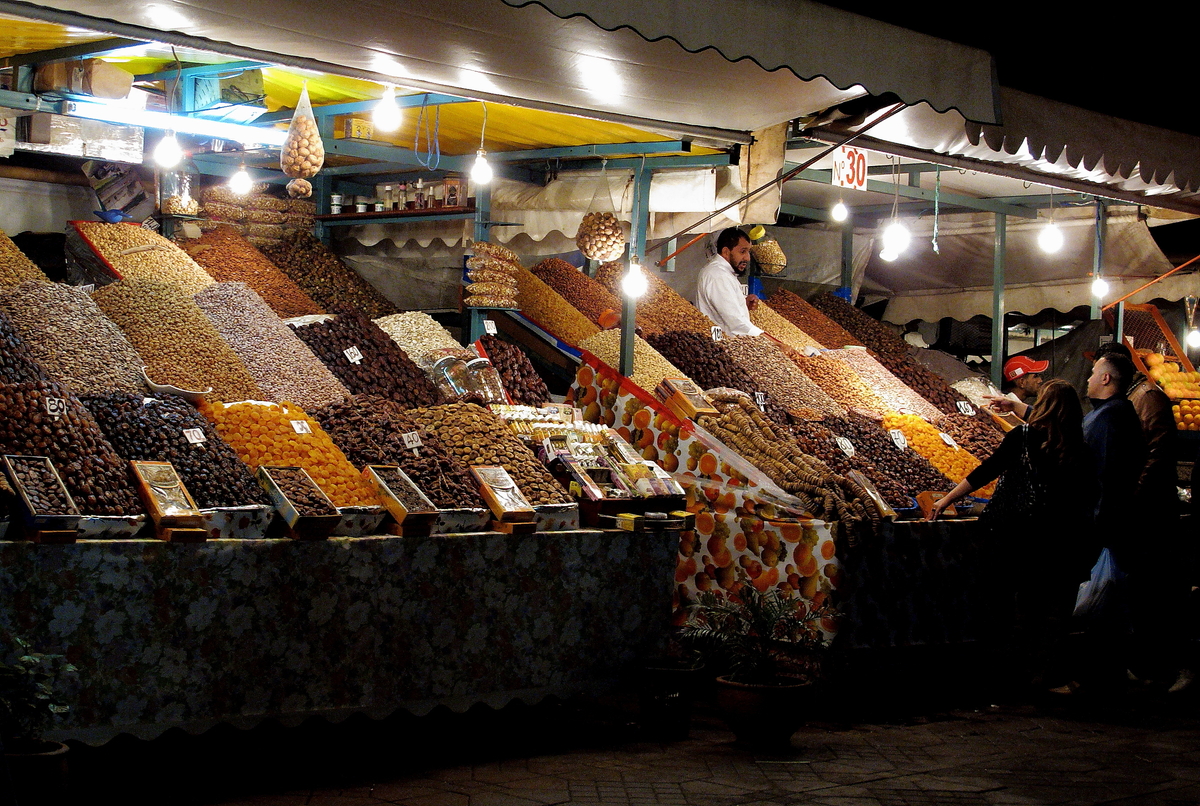 4 days depart Marrakech to Fes. Discover the southern morocco through the hight Atlas, Dades and toudra gorges,and the greet deseert of Merzouga, we will visit a many old monuments as ksar Ait ben haddou,Heritage of humanity by UNESCO, and Telouat kasbah. The last day, transfer to Fes via Ziz valley, Midelt Mountains, Azrou and the cedar forests,