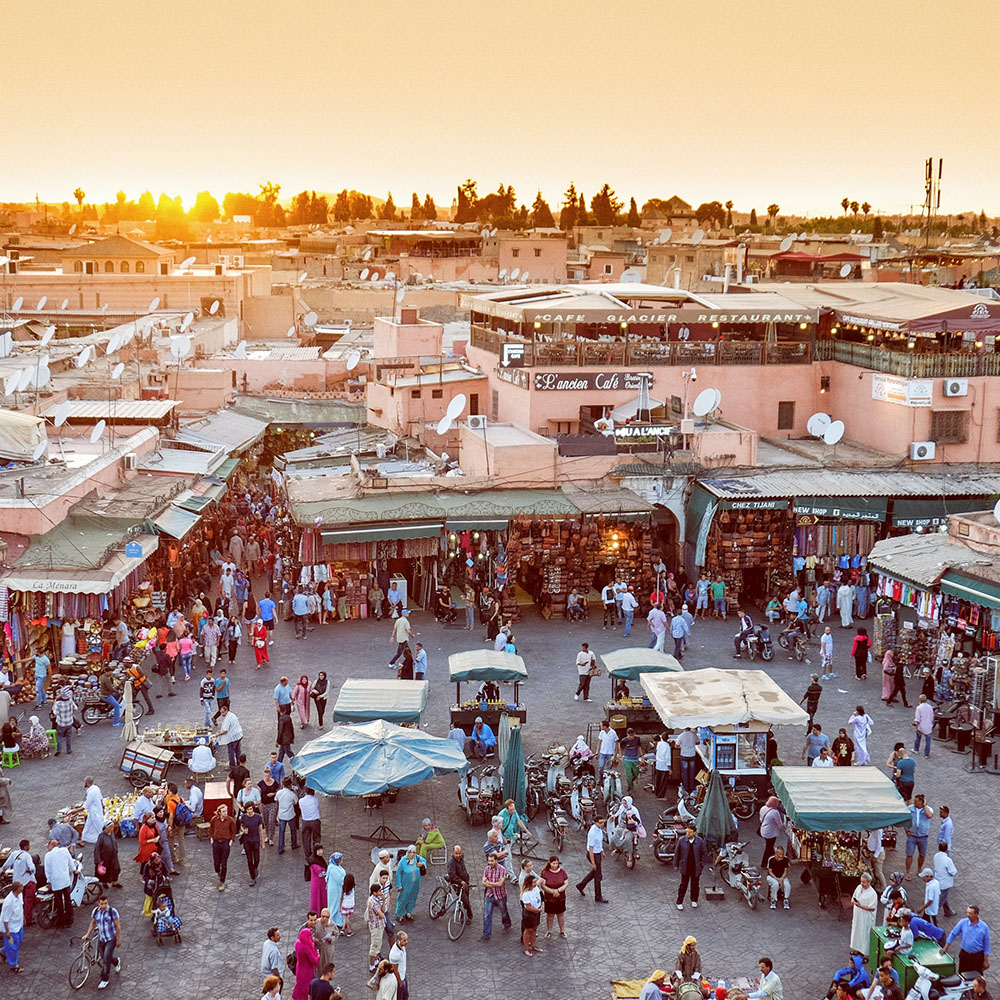 Marrakech which means "Land of God" is a city located in center of Morocco, capital of south, the fourth largest city in the country after Casablanca, Fes and Rabat, and one of imperial cities of Morocco.

Marrakech which means "Land of God" is a city located in center of Morocco, capital of south, the fourth largest city in the country after Casablanca, Fes and Rabat, and one of imperial cities of Morocco. The city was founded in 1062 by Youssef Ibn Tachfin king of Amazigh Almoravid dynasty. Marrakech has about 909,000 (Marrakchi) inhabitants, according to the 2012 census, spread over an area of 230 km2.the city coming in last years the capital of tourism in morocco, which now attracts over two million tourists annually. The economy  relies heavily on tourism, trade and crafts The city is divided into two parts: -The medina: the historic part of the city of Marrakech, surrounded by The red walls of the city, built by Ali ibn Yusuf in 1122-1123,where a many riads are located, and several monumonts as Badi Palace, Bahia Palace, Koutoubia Mosque,Ben Youssef,Saadian Tombs and Jemaa el-Fnaa  one of the best-known squares in Africa and is the centre of city activity and trade. It has been described as a "world-famous square", There are 18 souks in Marrakesh, employing over 40,000 people in pottery, copperware, leather and other crafts. -The new town: whose main areas are called Gueliz and Hivernage, Askar Douar, Sidi Youssef Ben Ali, hamid, Daoudiat. Gueliz is now the commercial center. In recent years, the city expanded in the periphery With 130,000 hectares of greenery and over 180,000 palm trees in its Palmeraie. The city famous by several  events as the” festival international de film”  and National Folklore Festival. A hot semi-arid climate  predominates at Marrakesh, with mild damp winters and hot dry summers A several day trips start from Marrakech to discover Atlas mountain, Essaouira beach  and the desert.